I had an exciting adventure while I was on holiday!
One day I passed by a fairytale castle..
they have a lot of them in France! 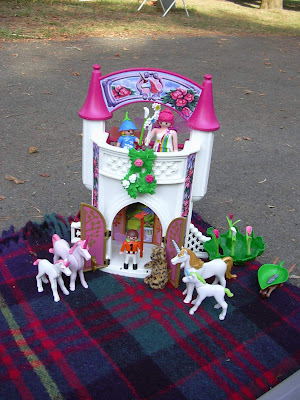 In the castle lived fairies and unicorns.
I went there to meet them
and I noticed they didn't look very happy!
They told me they were attacked by a dragon several times now.
He tried to kidnap the children..but thankfully hadn't succeeded yet!
They asked if i could help them...they were desperate!!
so how could I say no 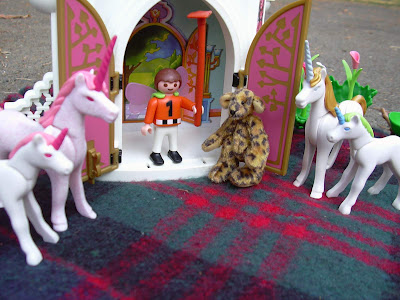 The fairy prince gave me a magic hoe
and their best warrior took my with her on her unicorn! 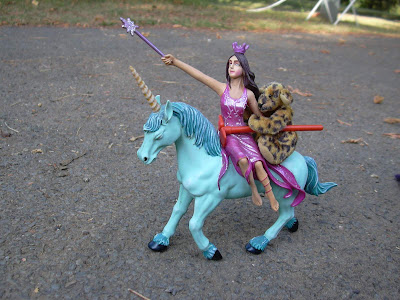 Very soon we saw the dragon!!! 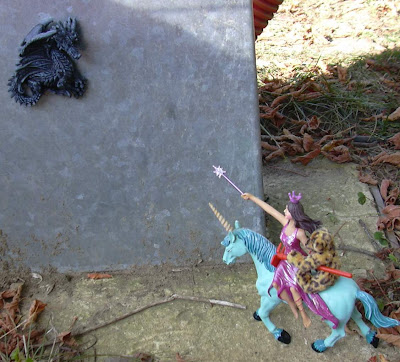 He looked very angry and attacked us!!! 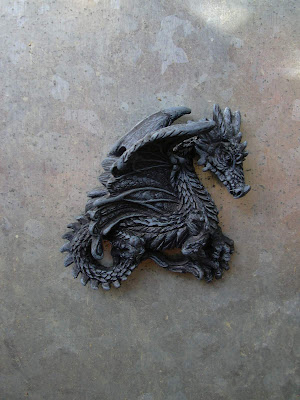 But the warrior took her magic wand
and I pointed my magic hoe....
and we shot the dragon right from the sky!!!! 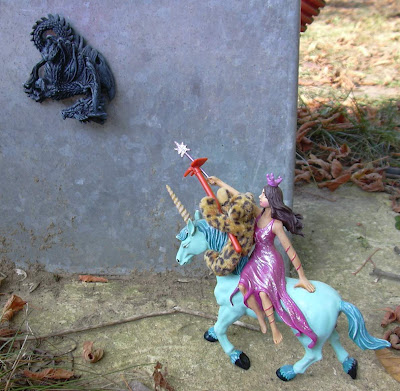 I went to him to check if he was dead...
he wasn't!
I felt so sorry for him....
so I warned him to keep still!
I would come back later for him
and he could come with me to the Netherlands....
if he promised not to catch fairies or unicorns anymore!
I was sure M-tje wouldn't approve that kind of behaviour in her house!!
The dragon promised and kept very still! 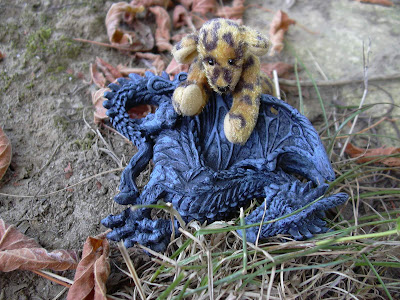 I went back to the castle with the warrior
and when I told them the dragon would never return,
they were so happy.....
they put me in the wheelbarrow
and took me for a victory ride!!! 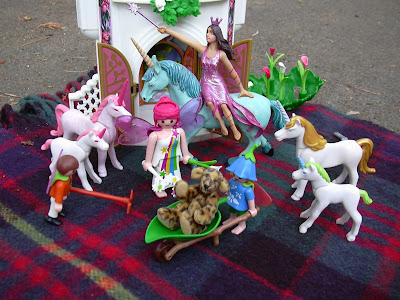 Later that day I went back to the dragon
and he came with me to M-tje!
We took good care of him
and he came home with us
and now he's a very happy vegetarian dragon
living in M-tje's tudor house

What a great story - with a little bit of everything... adventure, heroes, friendship, magic, a happy end and best of all a wonderful E-beertje, brave and courageous - and with the biggest heart ever for such a little bear. Thank you for a huge smile on our faces...