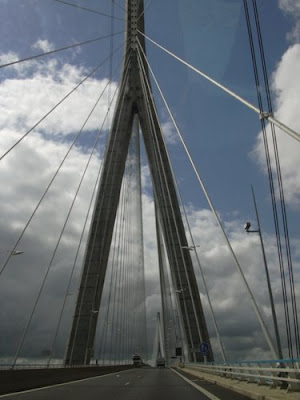 This is the Pont de Normandie, very high and very beautiful!!
This bridge is more then 2 km long!
On the way back we drove over them again
and on this picture you can see the size of the bridge a little beter. 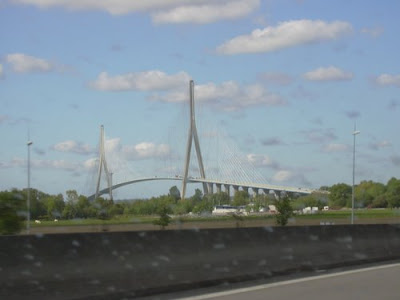 Before we crossed that bridge, we crossed another one...
one the way back we took this picture...
I think it looks like a rollercoaster! 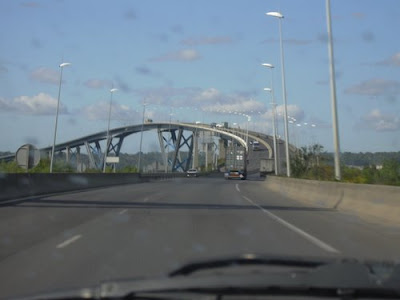 At Juno Beach there's a museum with al lot of information about D-day
and about the Canadian troops.
We visited the museum and a bunker
and a Canadian volunteer showed us around! 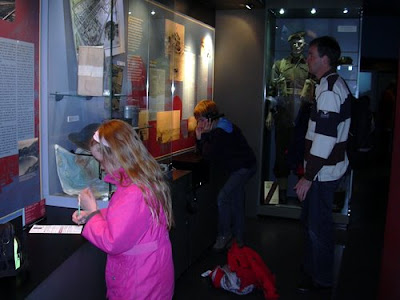 In the museum were lots of items of the soldiers that fought in the war! 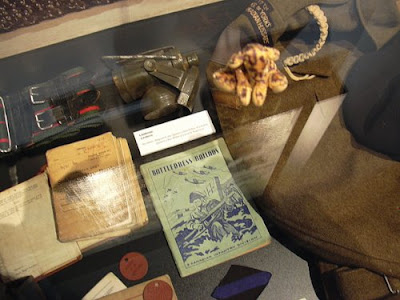 Outside was a beautiful statue of 5 soldiers! 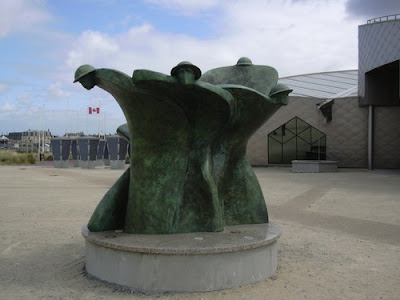 And there was another statue, an inuksuk! 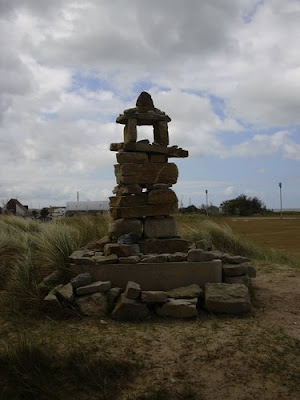 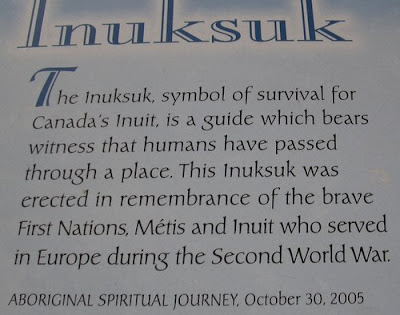 I really don't understand you humans!!!
My little beary brains just can't understand why you make war!
It's absurd!
So many lifes lost and still you haven't learned!
You keep making war...
Hugs from a sad E-beertje

Little fellow, don't be sad - mankind is crazy, you can't help that...