Yesterday we visited M-tje's brother!!!!
I looooooooove visiting him...
he has so many wonderful things in his house to play with

M'tje's brother must be very rich......
he let me swim in thousands of dollars!!! 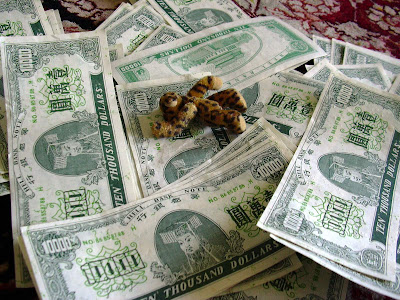 Hell bank notes are not an officially recognized currency or legal tender anywhere in the world, as their sole intended purpose are burnt-offerings to the deceased as often practiced by the Chinese.(Wikipedia)
After my swim...I rode a Polar bear!!!!
He's soooooo sweet!!!
If you listen carefully you can hear him growl!!!
And after that fantastic ride,
I had an adventure with a Star Wars AT-AT
It was very exciting!!! 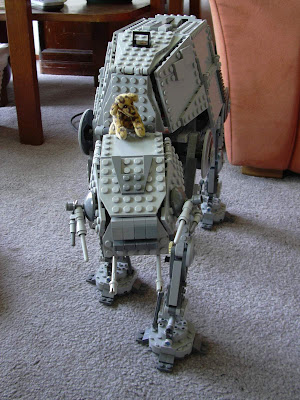 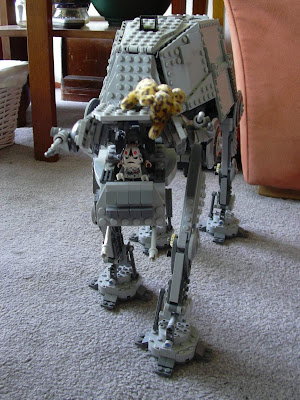 I threw the bad guys out and went on without them!!! 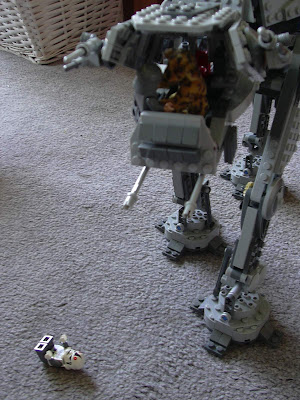 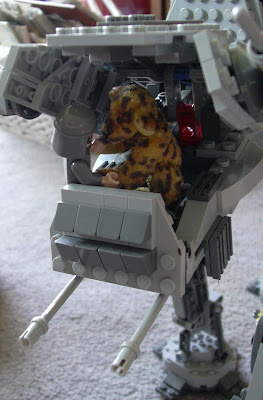 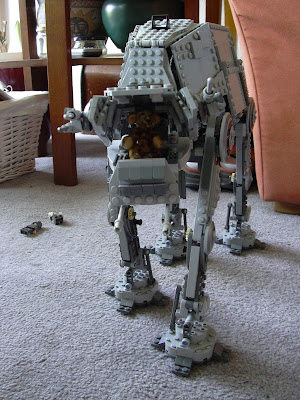 But that wasn't all!!!
MiniM and I were in an adventure together!!! 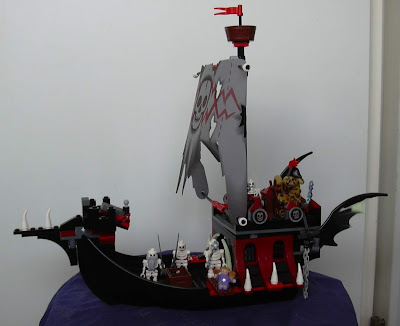 I was captain on a pirate ship.....
My sailors were a strange bunch
and they didn't know MiniM was my friend...
so one of them tried to throw her overboard! 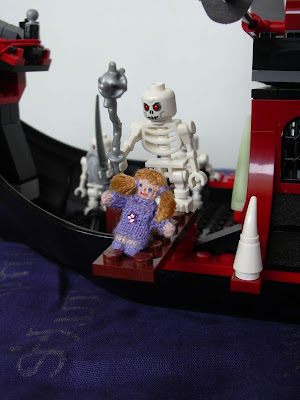 But MiniM is very smart...
and in the end the sailor was in the water 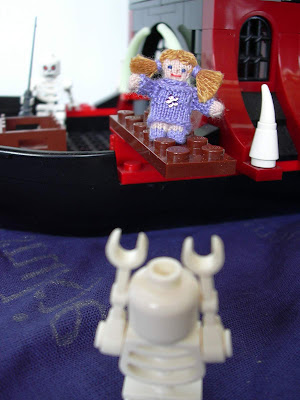 Aren't I a handsome pirate?? 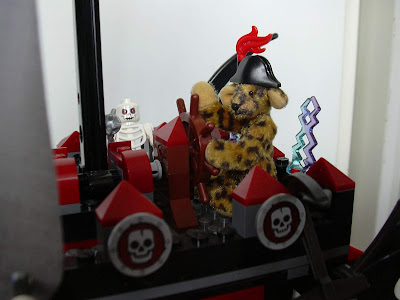 And of we went...
sailing the oceans and finding many treasures!
MiniM is in the crow's nest!!! 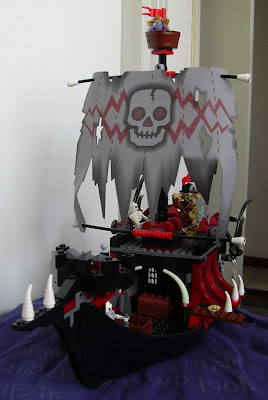 Oh, Margriet, I agree, your brother's house is a wonderful place to visit! Looks like E-beertje had a fantastic time! I laughed aloud at him throwing the Lego men out of the ATAT!! What a lot of FUN! Your videos are GREAT!