I worked very hard today!!!
Not that easy...to paint such a little house!!!
First I did it with a brush,
but when M-tje saw me doing that...she almost fainted!!
I had to use a sponge she said...
that way you get structure!!! 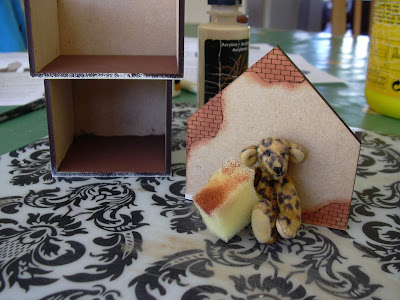 So I painted the house with a sponge...
I must say..it does look good

Meanwhile, M-tje was doing all sorts of things...
including something with styrofoam and that made a mess!!!
So she got the vacuumcleaner
and started vacuuming, when suddenly....
I can't recall exactly what happened...
but I felt something pulling real hard
and then I was sucked into a black hole,
through a tunnel and in a few moments I was in a dark cave

I fell kind of softly,
but it was a bit creepy down there!!!
I heard M-tje calling and suddenly I saw a light...
I crawled to the light and then.... 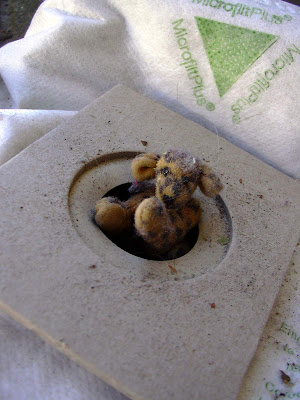 ...I saw M-tje looking at me with a look of relief on her face!
I was sooooo filthy!!!
But after a good clean-up, I felt like myself again

Later on I worked some more on the house and this is how it looks now! 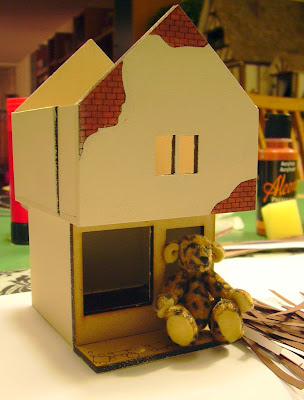 The house isn't white...it's more of a cream color...I like it!
Tomorrow I will do some more work on the house

Email ThisBlogThis!Share to TwitterShare to FacebookShare to Pinterest
Labels: miniatures